On Monday, September 11, 1995, around 3 in the afternoon, 9-year-old Samuel James “Jimmy” Ryce got off his school bus and began to walk home, just four houses down on the same side of the street from his school bus stop. A man pulled a truck in front of Jimmy blocking his way.

The man jumped out of the truck, pointed a gun at Jimmy, and said, “do you want to die?”

Jimmy made his first mistake when he did not immediately turn and run to the nearest safe place. His second mistake was in not screaming to attract help and maybe scare off the predator.

By letting the man engage him in conversation, answering the question “do you want to die?” with a unequivocal “No,” Jimmy let the man get close enough to grab his shirt. So, Jimmy’s third mistake was in not keeping outside grabbing distance, and his fourth was in not fighting to break free.

Jimmy’s worst mistake was in allowing himself to be forced into the confined space of the car, instead of struggling free and running to the nearest safe place. Jimmy wrongly thought, “I’d better go with him, or he’ll shoot me. I’ll try to get away later when he’s not pointing a gun at me.”

The man pulled Jimmy to the driver’s side of the truck and pushed him in, saying “Then, get in the car. Squat on the floor, so nobody’ll see you.” Jimmy was so scared he took off his heavy backpack and held it in front of himself like a shield. 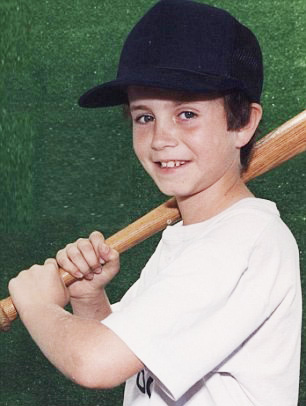 Jimmy Ryce would be alive today if he had been taught that his innocence and, indeed, his very life depended on his getting away from the sexual predator before he got Jimmy alone with him in a secured place where no one would hear his cries for help.

That Jimmy was still trying to assess his risk and what he should do is apparent in the questions he asked his abductor at the abandoned trailer where he was taken, about a mile from his school bus stop and home.

Jimmy asked his captor, “why did you take me?” “Why do you think?” the man snarled. Jimmy, most likely, thought he stole him to have him for a son or a little brother. The man spent the next four hours showing Jimmy why he took him as he sexually assaulted and tortured Jimmy.

When Jimmy asked, “are you going to kill me,” the man did not answer, refusing to reassure Jimmy.

Even after hours of pain and humiliation, Jimmy still had enough heart to try to escape. Jimmy got the door open and was going through the door when the man shot him.

Jimmy’s mother had told Jimmy never to get in the car with anyone, not even a neighbor, unless she had given him permission to ride with that person that day. The result of this safety rule was that Jimmy had turned down rides with neighbors, walking instead the 2/10ths of a mile from his school bus stop to his home.

As counterintuitive as it seems, if someone is trying to force a child into a car at gunpoint, the best thing for the child to do is run to the nearest safe place. A sexual predator is unlikely to shoot a fleeing, screaming child because he does not want to get caught. Besides, unlike a drive-by shooter, a sadistic pedophile does not get his jollies by shooting a kid. He enjoys hurting the child, once he has the child in a secure place, in whatever way he wants, for as long as he pleases.

Jimmy’s mother read her son’s killer’s detailed confession about what happened to Jimmy. She tried to figure out if there was anything she could have done to prevent Jimmy’s being taken. She determined she could have picked Jimmy up at school or walked him home from his school bus stop everyday. She decided she should have taught Jimmy to run to the nearest safe place if someone tries to get him in a car, even if the person is pointing a gun at him.

In her 1996 study of what happened to Jimmy, the first of Jimmy Ryce’s Great Escape Maneuvers, Jimmy’s GEMs were born. If Jimmy had executed some of these GEMs, he might have escaped from the sexual predator: Be Alert to Surroundings, Don’t Get within Grabbing Distance of a Stopped Car, Run to the Nearest Safe Place, Scream to Attract Help and Scare the Predator Away, Fight to Break Free.

Read the other true abduction stories in this Abduction section of the jimmyryce.org website. The real names of the children are not given, unless the parents of the abducted children have given the Jimmy Ryce Center written permission to use their child’s real name and picture. It is their hope that seeing a real kid’s face and knowing his or her horrible fate will convince parents and kids this could happen to them. Their hope is that by identifying what their child might have done to get away from the sexual predator, other children can save themselves from similar molestation or death.

By acting out each abduction using Jimmy Ryce’s Great Escape Maneuvers, Jimmy’s GEMs™, kids can practice performing the great escape maneuvers most likely to enable them to get away from sexual predators. Kinetic learning embeds the best responses so deeply in the psyche that it becomes almost an automatic response.

All kids need to know Jimmy Ryce’s GEMs, as it is a lot better to be prepared, to have thought out and practiced what to do beforehand, than it is to be put on the spot like Jimmy was and have to decide what it is best to do, on the spur of a moment, smack dab in the middle of a crisis.

To prepare to discuss with children what situations might be predatory, read Kenneth Wooden’s book Child Lures: What Every Parent and Child Should Know About Preventing Sexual Abuse and Abduction (1995). Wooden identifies adult behavior which may be predatory and, even if innocent, is inappropriate adult behavior as it asks a child to risk placing himself/herself in danger.

Always be sure to emphasize that a predator smart kid is a predator resistant kid. Children’s storing the treasure of Jimmy Ryce’s GEMs in their minds have GEM power. Let the children shout, “Nobody’s going to steal me! “I’ve got GEM power.”

Posted by
Mark Young
Mark Young has not yet written their Bio.
Meanwhile we can say that he already contributed with 27 articles.
Mark Young has posted 27 articles
Previous articleTriad Bloodhounds Help Search for Missing Student
Next article FBI Documentary